It’s been a while…Life has been really crazy these days so I have been M.I.A from my blogging duties. Let’s catch up! At the end of January I took a trip to the Ice Hotel in the city of Quebec. It has been a dream of mine to experience a night at an ice hotel for a while now. Since Norway was quite a long journey, I was excited to discover that the same architect that had built the ice hotel in Norway had also built this ice monument in Quebec.

The design of the hotel is simply breath taking. To be surrounded by this monumental ice creation is just magical. There are specific designs created every winter season at the hotel. When the hotel is re-built in December it will always have a new unique design and theme.

Frankly, the one thing I was worried about was how I was going to make it through the night, especially at 7 months pregnant at that point. I was very concerned about discomfort during the night, but was amazed at how well I made it through the night. My body was actually very warm inside the sleeping bag. The only real discomfort I experienced was on my eyes and nose. I was not really able to cover that part of my body and so you can imagine it was basically freezing the entire night. The tempture inside the hotels ranges from -3C to -5C at all times. It was a good night overall, but it is impossible to sleep through an entire night without waking up. I was up every hour or hour and a half. I must say that the experience of spending the night in this icebox was unreal and such a thrill. It was also exciting to cross this off my bucket list.

See below pictures for additional details on my experience. 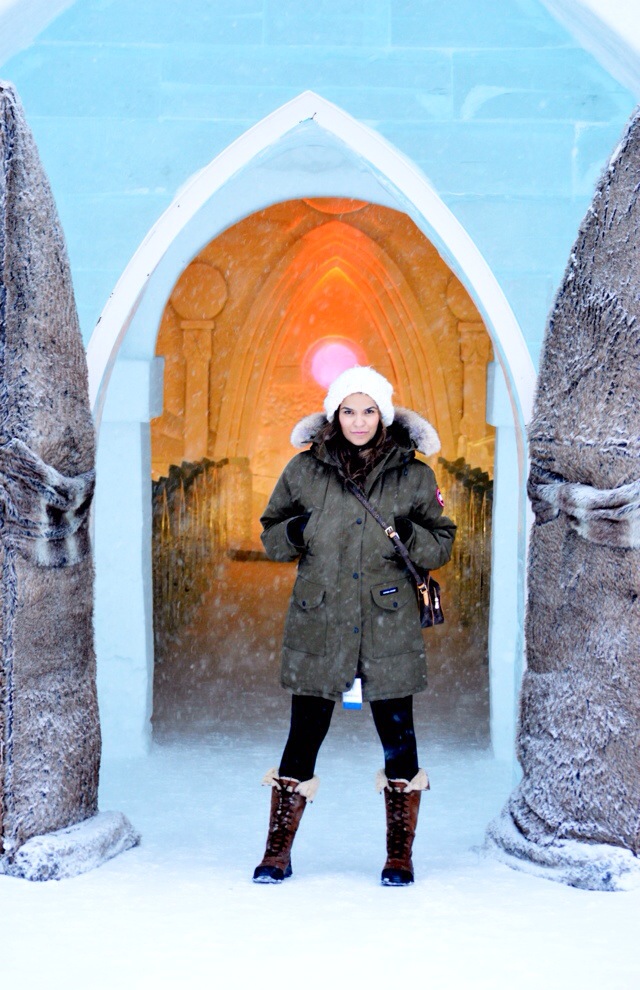 At the entrance to the chapel. 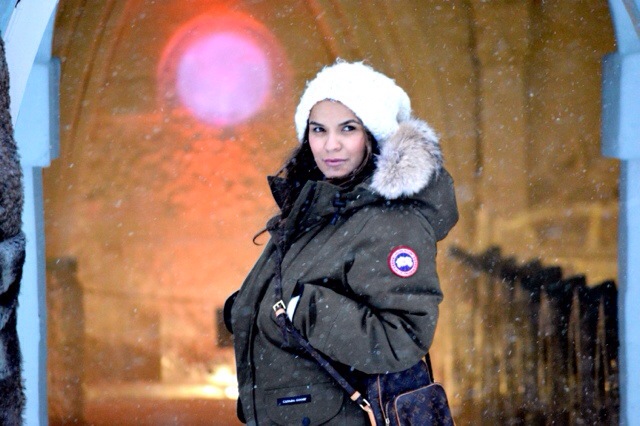 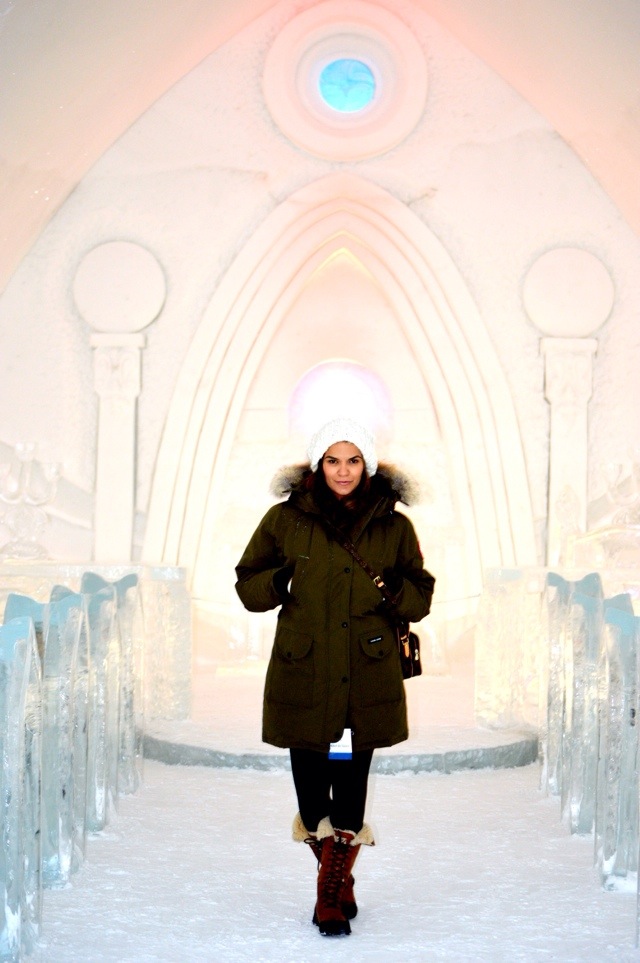 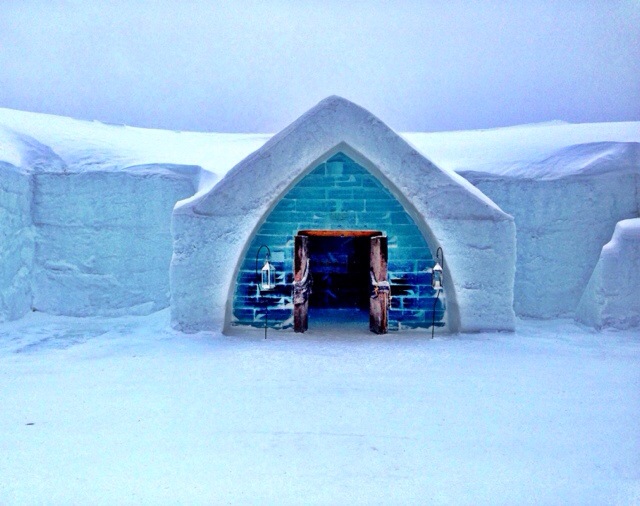 Main entrance to the hotel. 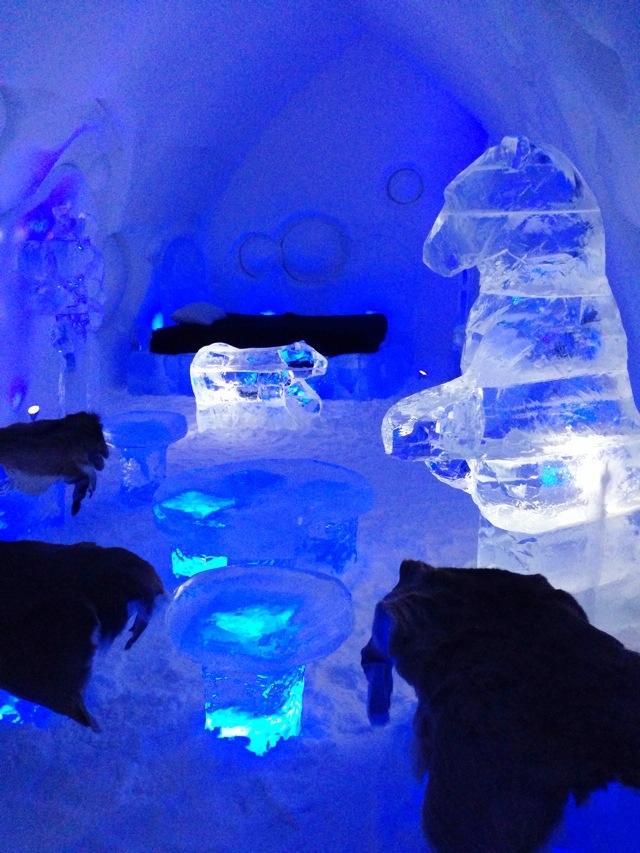 My room for the night. 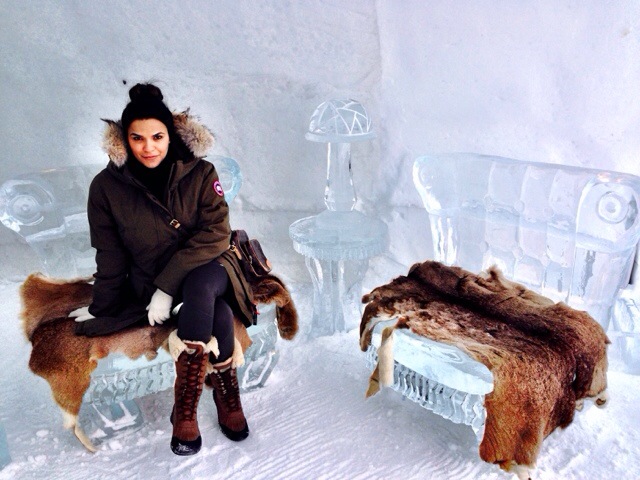 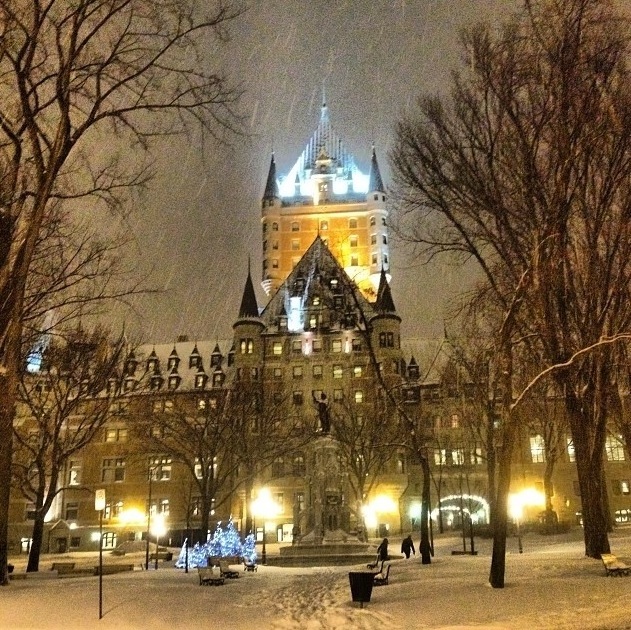 Second hotel stop in Quebec at the Fairmont Frontenac for a warm night of sleep.

Winter gear: Coat by Canada Goose, under layers by Under Armour, boots by Uggs.